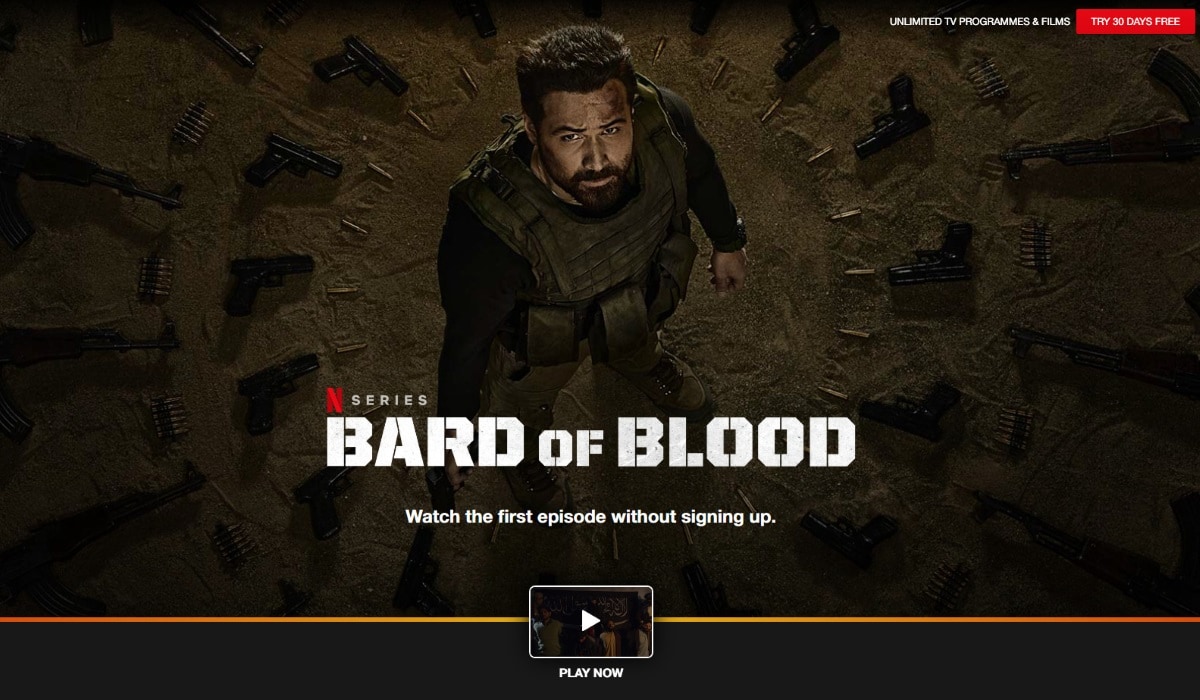 Not sure if Bard of Blood is worth a Netflix subscription? Well, fret not. Netflix is offering limited free access to the first episode of its latest original series from India — produced by Shah Rukh Khan-founded Red Chillies, and based on first-time author Bilal Siddiqi’s book of the same name — without even having to sign up for the streaming service. The free access to Bard of Blood season 1, episode 1 “What’s Past is Prologue” is limited in the sense that it’s only available on certain browsers on certain platforms: Chrome only on Android, or Chrome, Firefox, Edge, and most modern browsers on computers. Unfortunately, Bard of Blood free access is not available on iOS, smart TVs, Chromecast, or Fire Stick.

“At Netflix, we try different ways to bring people closer to great stories,” the world’s biggest streaming service said in a prepared statement. “We believe many people will find the thrilling story of spy Kabir Anand (Emraan Hashmi) very appealing and are excited to make the first episode of the series available to everyone for a limited time. In the future, we will consider if we will do this for other films and series.” Netflix didn’t say what the limited time period the Bard of Blood free access would be available for.