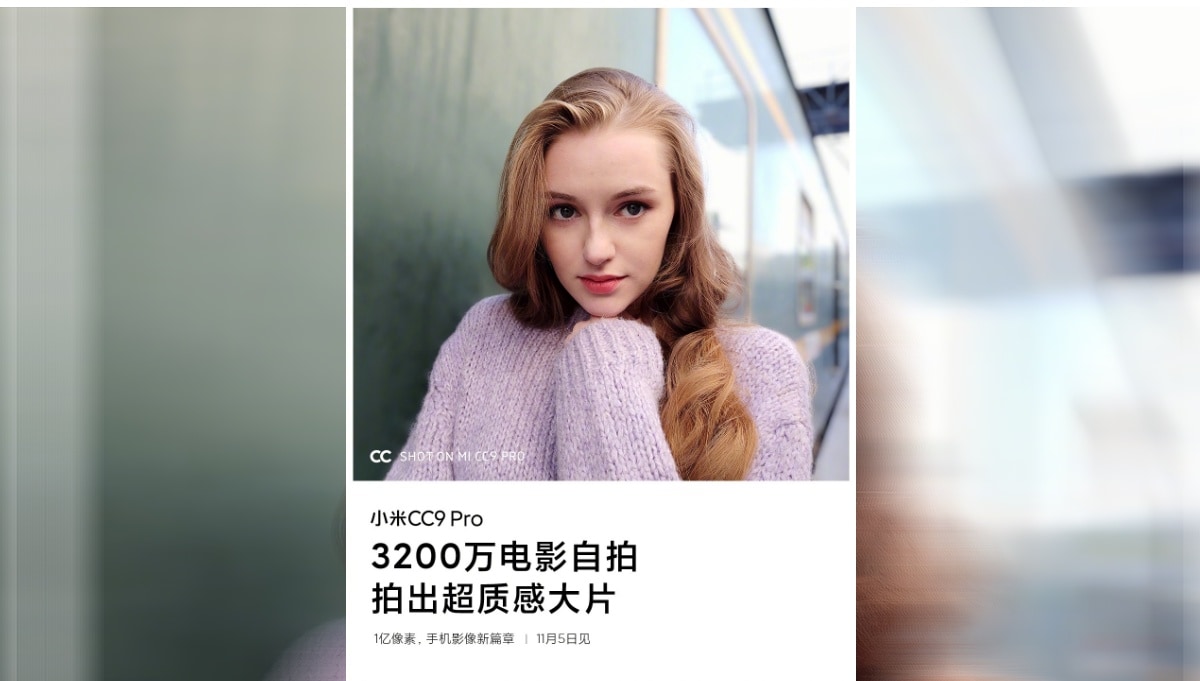 Mi CC9 Pro will feature a 32-megapixel selfie camera, Xiaomi has revealed in a teaser, ahead of the phone’s official launch next week. A part of the company’s Mi CC9 series, the upcoming Mi CC9 Pro is expected to be released as Mi Note 10 outside China. Apart from the selfie camera details, Xiaomi has also noted that phone’s rear camera setup will come with two optical image stabilisation modules. Mi CC9 Pro is set to feature a penta-camera setup on the back with a 108-megapixel primary shooter.

Xiaomi revealed the presence of 32-megapixel selfie camera on Mi CC9 Pro in a post on Weibo earlier today. The company also noted that the selfie camera will support wide-angle shots and the camera app will include 12 special filters to make selfies even more stylish.

In another teaser, Xiaomi has detailed the availability of optical image stablisation on two of the cameras, out of the five available on the back of the Mi CC9 Pro. The company says these OIS modules will allow consumers to take shake-free photos from the telephoto camera as well as blur-free low-light photos.

With the new details, we have got a pretty good idea of what to expect in terms of the imaging capabilities of the Mi CC9 Pro. The phone’s penta-lens camera setup will include a regular 108-megapixel camera, a telephoto camera, a portrait lens for depth-sensing, a macro camera, and a wide-angle camera. The main 108-megapixel camera will come with an f/1.7 lens. The 20-megapixel wide-angle lens will have a 117-degree field-of-view, the 12-megapixel portrait lens will have dual phase-detection autofocus lens, and the dedicated macro lens will be able to capture images of a subject as close as 1.5cm. Xiaomi has also said that the telephoto lens will support 10x hybrid zoom and 50x digital zoom.

« TikTok Said to Be Subject of US National Security Investigation
Tesla to Unveil Electric Pickup ‘Cybertruck’ on November 21: Musk »