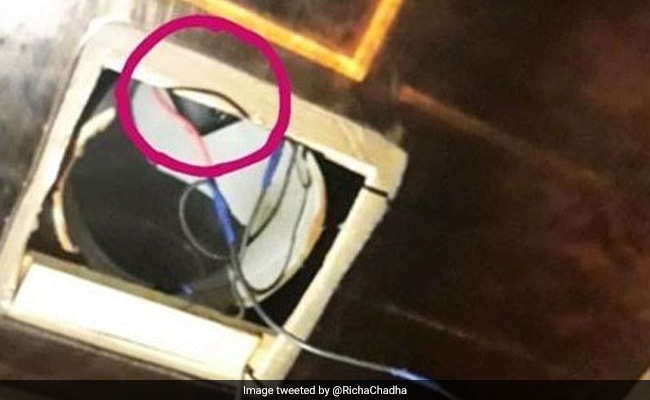 Screenshots circulating online show the hidden camera found inside a toilet at a cafe in Pune.

A woman’s post about how she found a camera hidden inside a toilet at a cafe in Pune has triggered massive outrage online. Three days ago, the woman shared a series of Instagram stories detailing how she found the camera inside the washroom. Screenshots of her Instagram stories have gone massively viral, leaving many shocked and prompting Pune Police to say that the matter was forwarded to the local police station so they could take “necessary action”.

In her stories, the woman said she visited Cafe BeHive in the Hinjawadi area of Pune and spotted the camera in their toilet. She said that the cafe management, when informed about the camera, secretly removed it. “On addressing this issue to the management, they asked us to wait outside and the camera was gone within 10 minutes,” the woman wrote, sharing a picture of the camera.

A Twitter thread detailing the incident has also gone viral online. According to the thread, when the complainant refused to budge, the cafe management “tried to bribe them” and even deleted a review they left on Zomato.