India Second To US In Demanding Facebook User Data, Requests Up By 37% 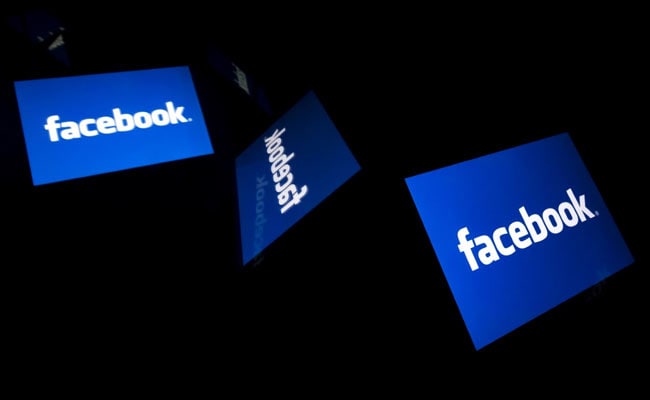 New Delhi: The number of government demands for Facebook user data increased by 16 percent in the first half of this year compared to the last half of the previous year, the social media giant has said in its transparency report. Globally, government demands from January to June were at 1,28,617, which is the highest since Facebook’s first transparency report in 2013.

The US government put out the most number of requests and most of these came with an order not to disclose the request to the user, says the biannual report. India is the second largest country to request information on its citizens.

In the first half of 2019, there were 50,714 requests from the US government for user data, representing an increase of 23 per cent more requests than last half, which is consistent with trends over time. 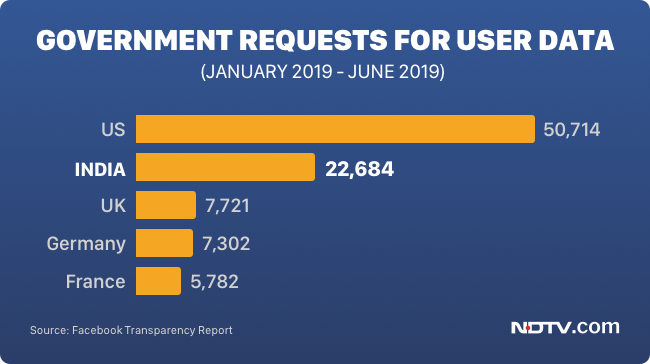 In India, there were 22,684 government requests for Facebook user data in the first part of the year, compared to 20,805 between July and December last year.

The number of requests have increased by nearly 37 per cent from last year.

“Of the total volume, the US continues to submit the largest number of requests, followed by India, the UK, Germany and France,” said Chris Sonderby, Vice President & Deputy General Counsel, said in a statement on Thursday.

Of the 22,684 requests from India between January and June this year, Facebook produced data in 54% of the cases

India Second To, US In Demanding

« Infinix S5 Lite With Hole-Punch Display to Launch in India Today: Price, Specifications, What We Know So Far
Nokia Smartphone Launch Teased for December 5, Could Be Nokia 8.2, Nokia 5.2, or Nokia 2.3 »