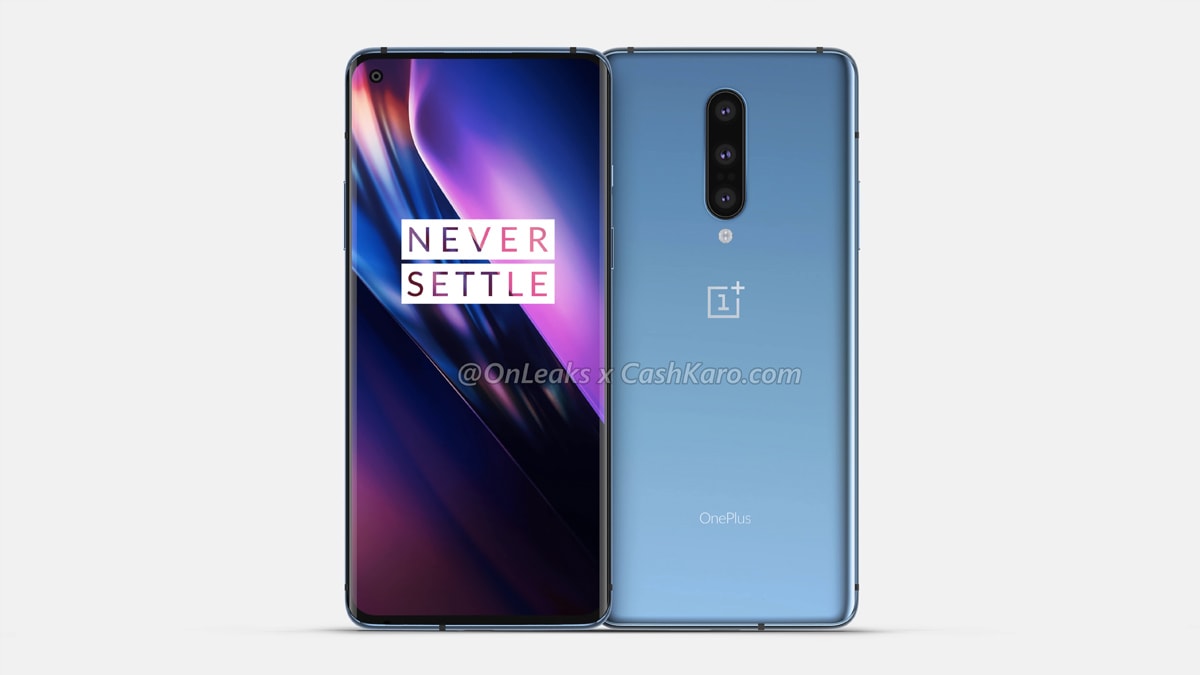 As we mentioned, nothing significant has been mentioned in the purported BIS listing of the OnePlus 8, beyond tipping its model number. The listing doesn’t reveal details like a launch date, expected price, or any specifications, and we’ll have to wait for further leaks leading up to the launch to learn more about the OnePlus 8.

Thus far, the OnePlus 8 has only featured in a bunch of leak-based CAD renders, which tipped a hole-punch display and a vertical triple rear camera setup. If the smartphone turns out to look as the renders show, the OnePlus 8 would be part of the first generation of OnePlus phones that doesn’t feature a waterdrop display notch or pop-up selfie camera.

The leak-based renders had been accompanied with some details of the OnePlus 8, such as a screen size close to 6.5 inches, and dimensions of 160.2×72.9×8.1mm – going up to 9.3mm when including the camera bump. The OnePlus 8 is also said to support wireless charging, which would be another first for the smartphone maker.

« Internet Services to Be Partially Restored in Jammu and Kashmir Today
Loki, WandaVision, The Falcon and the Winter Soldier: First Look at Marvel Disney+ Series »