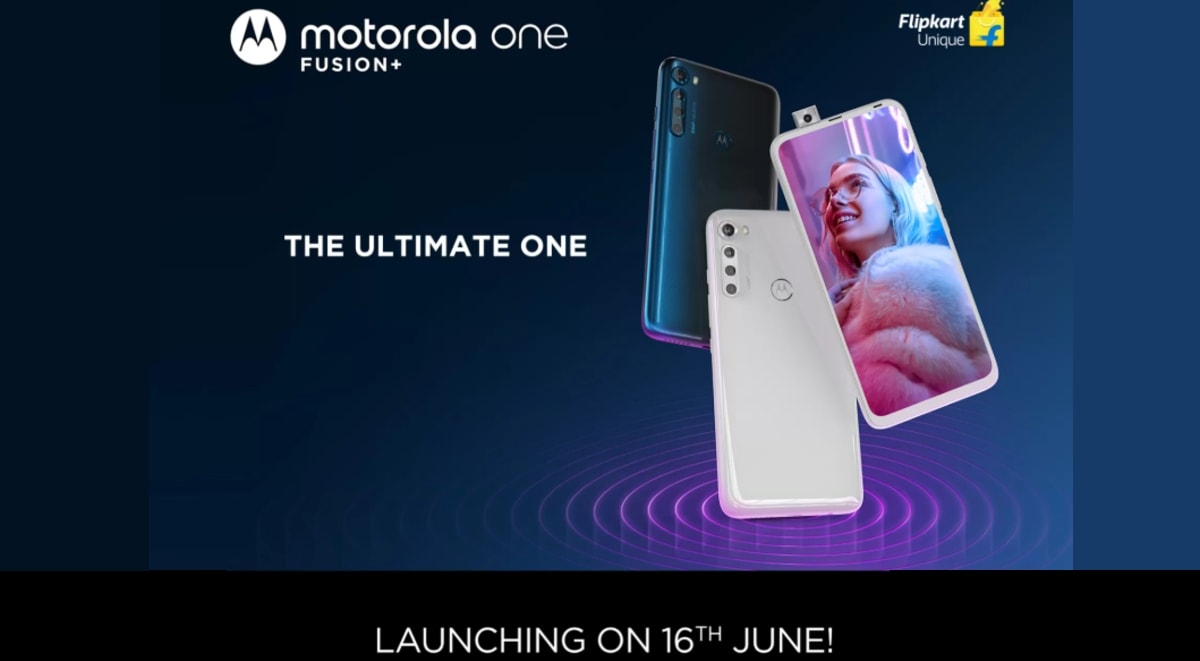 The Motorola One Fusion+ teaser page on Flipkart has revealed that the phone is launching in India on June 16. Apart from the launch date, it also confirms Flipkart availability, although the phone could be made available elsewhere as well. The teaser page also suggests that the phone will come in two colour options, same as Europe – Twilight Blue and Moonlight White.

The India pricing and offer details for the Motorola One Fusion+ should be detailed next week. The pricing should be around the same range as the Europe price that is EUR 299 (roughly Rs. 25,400) for the lone 6GB + 128GB model.

Coming to the specifications, the Motorola One Fusion+ runs on stock Android 10 and features a 6.5-inch full-HD+ (1,080×2,340 pixels) notch-less display. It is powered by the Qualcomm Snapdragon 730 SoC, paired with 6GB of RAM. Internal storage is at 128GB, and the phone supports storage expansion using a hybrid microSD card solution (up to 1TB).

The Motorola One Fusion+ has quad rear cameras in one straight line that houses a 64-megapixel main camera, an 8-megapixel ultra-wide angle camera, a 5 megapixel macro shooter, and a 2-megapixel depth sensor. Up front, the phone packs a 16-megapixel selfie sensor inside the pop-up camera module.

The phone comes with a 5,000mAh battery with 15W fast charging support. Connectivity options include Bluetooth v5, Wi-Fi 802.11 ac, GPS, 3.5mm audio jack, USB Type-C port, and dual 4G VoLTE. There is a rear fingerprint sensor on the Motorola One Fusion+ and it comes with a dedicated Google Assistant button as well.