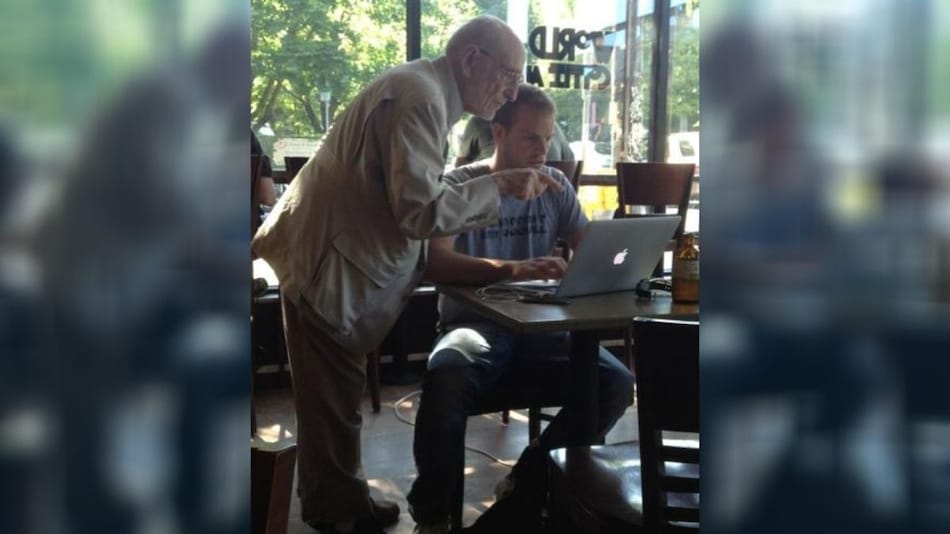 Russell Kirsch, a computer scientist credited with inventing the pixel and scanning the world’s first digital photograph, died August 11 at his home in Portland, Oregon, The Oregonian reported. He was 91.

Pixels, the digital dots used to display photos, video and more on phone and computer screens, weren’t an obvious innovation in 1957, when Kirsch created a small, 2-by-2-inch black-and-white digital image of his son, Walden, as an infant. That was among the first images ever scanned into a computer, using a device created by his research team at the US National Bureau of Standards (now the National Institutes of Science and Technology).

This work “laid the foundations for satellite imagery, CT scans, virtual reality, and Facebook,” said a 2010 Science News article about Kirsch, subsequently republished by Wired. That first square image, that article said, measured a mere 176 pixels on a side — just shy of 31,000 pixels in total. Today, the digital camera on the iPhone 11 can capture roughly 12 million pixels per image.

Though computers have become exponentially more powerful and can now fit in our pockets, science has ever since been coming to terms with the fact that Kirsch made his pixels square. The square shape of the pixels meant that image elements can look blocky, clunky or jagged — just generally not as smooth as real life. There’s even a word for this effect: “pixelated.”

“Squares was the logical thing to do,” Kirsch told the magazine in 2010. “Of course, the logical thing was not the only possibility … but we used squares. It was something very foolish that everyone in the world has been suffering from ever since.”

Kirsch later developed a method to smooth out images by using pixels with variable shapes instead of the squares.

Born in Manhattan in 1929, Kirsch was the son of Jewish immigrants from Russia and Hungary. He was educated at the Bronx High School of Science, New York University, Harvard and MIT and worked for five decades as a research scientist at the US National Bureau of Standards.

Russell Kirsch is survived by his wife of 65 years, Joan; by children Walden, Peter, Lindsey and Kara; and by four grandchildren.