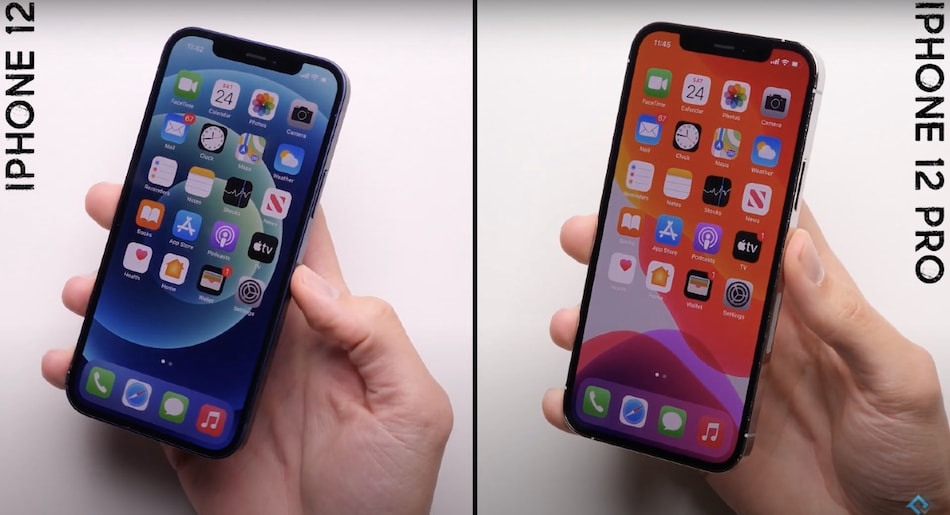 Technology channel PhoneBuff has released an over six-and-a-half-minute video on YouTube that covers the iPhone 12 and iPhone 12 Pro drop tests in multiple rounds. The video highlights that while the front panel of the two new iPhone models is protected by the Ceramic Shield glass, their rear panel carries a normal glass protection that doesn’t resist shattering.

However, the corner drop featured in the video shows that the stainless steel chassis of the iPhone 12 Pro results in a bit worse corner scuffs over those surface on the iPhone 12. Both iPhone 12 and iPhone 12 Pro, nevertheless, performed almost identical in the front dropping on a concrete surface, with no visible cracks on the screen.

The video also includes a “bonus round” in which the iPhone 12 and iPhone 12 Pro are dropped from under 1.5 metres on a steel surface for as many as 10 times. It also features a “bonus bonus round” where both phones are dropped from the same 1.5-metre height but on a concrete surface. After concluding the two rigorous rounds, the narrator says in the video that the screens on both phones remained unaffected. The iPhone 12, however, got some cracks at the back.

In addition to the drop test video posted by PhoneBuff, insurance company Allstate conducted its drop tests of the iPhone 12 and iPhone 12 Pro. That testing also included face-down, back-down, and side-down tests, as noted by 9to5Mac. Allstate also made a video of the tests that were concluded with a result showing the durability of the iPhone 12 series. The company said that the Ceramic Shield front was a huge improvement, though some cracks and scuffed edges surfaced.

“At $279 for screen repairs and up to $549 for other repairs, iPhone 12 and 12 Pro owners should treat them with the same care they would give expensive cameras,” the company noted in the video.